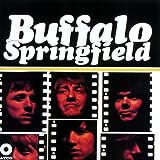 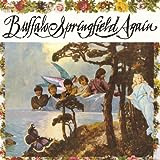 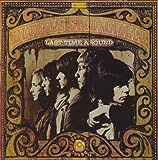 was an American rock band known for for its music and also because it launched the careers of Neil Young, Stephen Stills, Jim Messina and Richie Furay. They formed in April 1966, coming on the first American wave to follow the "British invasion."

The group combined rock, folk, and country music into its own sound all its own. Its only big million-selling song was "For What It's Worth"

which became a political anthem in the turbulent end of the 1960s. But the band had a strong following and got a lot of FM radio airplay for other songs on each of its three albums.

Unfortunately, the blending of musical styles and personalities was not always smooth (especially between Young and Stills). Infighting, drug-related arrests, and line-up changes led to the group's disbanding after just two years. 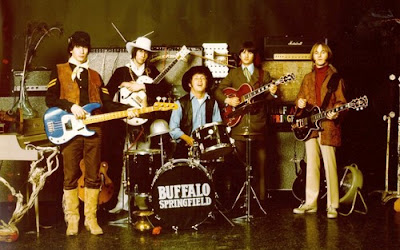 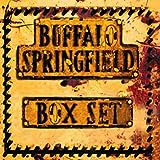 Three albums and then collections of demos, outtakes and live recordings were issued later.

The members went on to form Crosby, Stills, Nash and Young

and Loggins and Messina

The band was inducted into the Rock and Roll Hall of Fame in 1997 (with Young being a no-show).

According to the liner notes on the 4 CD box set

, the band got its name from the side of a steamroller, made by the Buffalo-Springfield Roller Company. It was parked on the street outside record producer Barry Friedman's house where Stills and Furay were staying. The newly-named group debuted on April 11, 1966 at The Troubadour in Hollywood and then started a short tour of California as the opening act on a bill featuring The Dillards and The Byrds