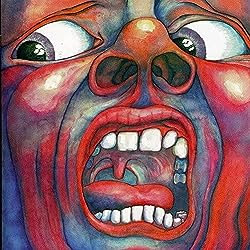 King Crimson is a rock band founded in Dorset, England in 1969. The band has been labeled as a progressive rock group (prog-rock) but included influences and instrumentation from jazz, folk music, classical and experimental music, psychedelic rock, hard rock, heavy metal, new wave, gamelan, and electronica.

The band has been influential on many contemporary musical artists and has a cult following despite the fact that they had little radio or music video airplay. 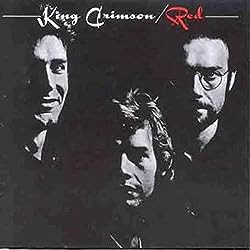 The band's lineup had always centered on guitarist Robert Fripp

, but has changed over the years with 18 musicians and two lyricists.

Currently, the band is fronted by Adrian Belew

The debut lineup of the band was influential (and well received by critics) but short-lived, lasting for just over one year. 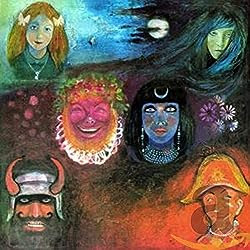 Several sources (including the band website at http://www.elephant-talk.com) give the band's name origin as coming from the original lyricist Peter Sinfield.

Sinfield says, "The name King Crimson was mine. I wanted something like Led Zeppelin, something with a bit of power to it. Anything better than Giles, Giles, and Fripp. King Crimson had arrogance to it."

King Crimson can be considered a synonym for Beelzebub, the prince of demons, which is an anglicized form of the Arabic phrase B'il Sabab. Fripp has said that the Arabic means "the man with an aim" but it literally means "with a cause".

A more common etymology of "Beelzebub" is that it is Hebrew for "Lord of the Flies." In John Milton's Paradise Lost

, Beelzebub was Satan's chief lieutenant among the fallen angels. He is often portrayed as a red (crimson) figure and is the King of the Underworld.