They are not the first band to keep the origin of their name a secret, but Las Vegas band Imagine Dragons have definitely turned their name into a game.

They hit it big in 2013-2013 with “Radioactive” and “It’s Time,” (from NIGHT VISIONS) and naturally fans wanted to know the origin of the name.

It suggests a fantasy or children's book, but the band members have continued to say that the name is an anagram. That is a word, phrase, or name formed by rearranging the letters of another, such as cinema, formed from iceman.

Fans have come up with lots of possibilities by playing Scrabble with the letters. Someone even ran “Imagine Dragons” through an anagram generator and got more than 107,000 different combinations of words. How about “Adorning Images,” “A Roaming Design” or “Radioman Egg Sin?”

People have guessed that it was "ragged insomnia" because the band added that to their "On Top of the World" music video. 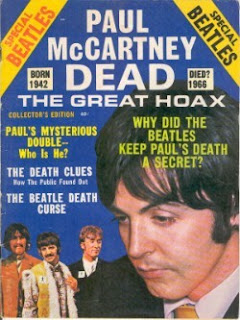 Someone online claims that on the track "Cha-Ching (Till We Grow Older)" on the deluxe edition of Night Visions, there is a scrambled vocal that if played backward says "There is no anagram."  That one is reminiscent of the "Paul is dead" rumor/theory/meme that ran through fans of The Beatles in 1966.

The band has not confirmed or denied any guesses like "A Gemini So Grand," "Roman’s Big Angie" or "God Is in the manger."

“I really liked ‘God Is In The Manger,’” said guitarist Wayne  Sermon. “That one put me in some contemplation. The truth of the matter is all of them are better band names than Imagine Dragons. We probably should have gone with one of those.”

There is a good possibility that the whole anagram explanation is a hoax, or that the real basis for the name is not that interesting.

Lead singer Dan Reynolds has said that “We really had a phrase that we all agreed upon, and had meaning to us, particularly as artists. We just thought it would be cool to keep something to ourselves because you’re always exposing yourself as an artist.”

Email ThisBlogThis!Share to TwitterShare to FacebookShare to Pinterest
Labels: anagrams, bands, I