is quite different from the Buddhist state of being they chose for a band name.

Nirvana was formed by singer/guitarist Kurt Cobain and bassist Krist Novoselic in Aberdeen, Washington in 1987. Nirvana went through a succession of drummers, the longest-lasting being Dave Grohl, who joined the band in 1990. 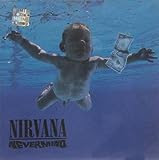 They started out with names like Skid Row, Pen Cap Chew, Bliss, and Ted Ed Fred. According to a piece in Rolling Stone, Kurt Cobain said Nirvana was chosen because "I wanted a name that was kind of beautiful or nice and pretty instead of a mean, raunchy punk rock name like the Angry Samoans."

In Buddhism, nirvana is the ethereal plane of enlightenment, reached when a soul has gained enough wisdom to free itself from the cycle of reincarnation.  Nirvana is that stillness of mind after the fires of desire, aversion, and delusion have been finally extinguished.

The word comes from the Sanskrit nir and vati and literally translates to "a blowing out," as in a candle. In shramanic thought, it is the state of being free from suffering. In Hindu philosophy, it is union with the Brahman (Supreme Being).

Though the band had only three studio albums, Amazon lists 72 Nirvana "albums"

starting with the band's first single, "Love Buzz", in November 1988 on the Seattle independent record label Sub Pop, and its debut album, Bleach

, followed by their breakout release, Nevermind

and finally In Utero

On April 8, 1994, Cobain was found dead of a self-inflicted shotgun wound to the head at his Seattle home.