What's the Connection? The Lovin' Spoonful, 10 CC and Pearl Jam 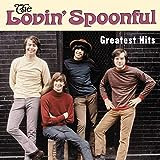 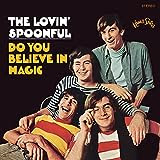 What do the bands The Lovin' Spoonful

, 10 CC and Pearl Jam have in common? Not much. Certainly not their styles of music. Keep reading.

The Lovin' Spoonful is an American pop rock band of the 1960s. They were named to the Rock and Roll Hall of Fame in 2000.

Their biggest hits included "Do You Believe In Magic"

", "Did You Ever Have to Make Up Your Mind

". Their only song to reach #1 on the Billboard Hot 100 chart was "Summer in the City

." The Hurt song was generally considered to be either a drug reference to the spoon used to heat and melt drugs such as heroin for use, or a reference to the amount of the sperm ejaculated by the average male (about a spoonful). The band's leader, John Sebastian

says it was the former, but the rumor of the latter persists. 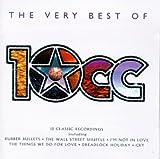 Which brings us to 10cc

. They were an English art rock band who achieved their greatest commercial success in the early 1970s.

Jonathan King, a flamboyant entrepreneur, producer and recording artist, signed the band to his UK Records label in July 1972 and dubbed them 10cc. King says that the name came from a dream in which he was standing in front of the Hammersmith Odeon in London where the boarding read "10cc The Best Band in the World."

The more popular origin story (confirmed in a 1988 interview and on a web page from original member Graham Gouldman's current band) is that the band's name represented the volume of semen that was more than the average amount ejaculated by men, thereby making the band "more potent."

But some still consider that urban legend and the band even made it onto snopes.com which is where many of us search for the truth behind lies. 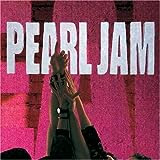 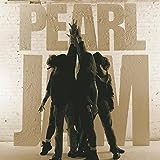 is an American rock band that formed in Seattle, Washington, in 1990. Since its inception, the band's line-up has included Eddie Vedder (lead vocals, guitar), Jeff Ament (bass guitar), Stone Gossard (rhythm guitar), and Mike McCready (lead guitar). The band's current drummer is Matt Cameron, also of Soundgarden, who has been with the band since 1998.

The band had called themselves "Mookie Blaylock" - a reference to the then-active All-Star basketball player - when they played their first official show in late 1990 and signed to Epic Records. Concerns about trademark issues meant a name change. They went with Pearl Jam.

In an early interview, Vedder said that the name "Pearl Jam" was a reference to his great-grandmother Pearl, who was married to a Native American and had a special recipe for peyote-laced jam. But in a 2006 Rolling Stone story, Vedder admitted that although he did have a great-grandma named Pearl, the story was a fiction. The band came up with "pearl" and then after attending a concert by Neil Young, they added jam because of Young's extended jam versions of his songs. I was told that in the PJ20 movie, it is said that band members came up with "Pearl" to signify something beautiful coming from something ugly.

Despite both of those origin tales (and a rumor that Mookie's nickname was Pearl Jam), the most popular band origin story is that pearl jam is another name for sperm. (see the Urban Dictionary)

The success of their album Ten (as in 10cc?), led Pearl Jam to become a key part of the Seattle grunge scene along with Alice in Chains