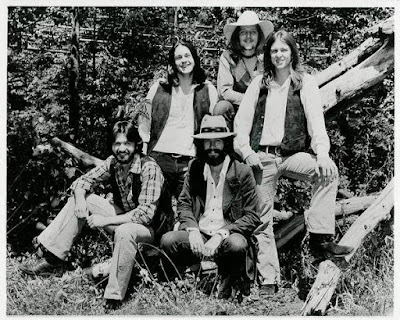 Kinderhook Creek was a popular New Jersey country rock band in the 1970s and 80s. They kind of created a live bar band market for country rock music in the Jersey/NY club scene. They had a devoted following of fans that literally followed them from gig to gig. 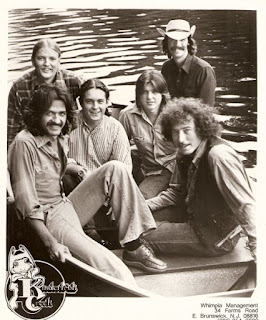 They may not be well known nationally, but Kinderhook Creek (later shortened to just Kinderhook) was a band I knew well. Jerry Kopychuk (banjo, guitar, lead vocals) was a friend in high school and we both went to Rutgers College. There I met bass player Andy Fediw and I recall acoustic sessions in our Tinsley dormitory with a rotating group of other students.

They got serious enough about the music in 1973 to leave school for a time and give the music business a chance.

The other founding members were Yuri Turchyn on guitar, violin and vocals and Stan Taylor on pedal steel guitar. Craig Barry came on later on the drums and when the rest of us were graduating a few years later, Joe Breittenbach was added on lead guitar.

They played a regular circuit of venues (most of which are now gone) including The Wooden Nickel, Widow Brown's, The Gypsy, The Final Exam, Dodds Crest, Dodds Orange, Creations, The Beach House, the famed Stone Pony, the Royal Manor, Baby-O's, and The Joint In The Woods.

They later opened for the The Flying Burrito Brothers

, New Riders of the Purple Sage

and others in larger venues.

Kinderhook might be the Dutch word for “children on a hill” but most of the band was Ukrainian and Kinderhook Creek was a popular place for Ukrainians in New York state (near Albany) and hence the name.

Though a record contract and national tour eluded them, they played six nights a week for almost nine years, and were arguably the top drawing band in the state.

Kinderhook were the only unrecorded act to play the Central Park Schaefer Music Festival (1975), opening for Poco

They reunited in 2010 and are playing gigs in New Jersey.


Kinderhook at The Stone Pony in Asbury Park, NJ    9-20-13
An Empty Bottle, A Broken Heart & You're Still on My Mind; Still Feeling Blue; Diggy Liggy Lo