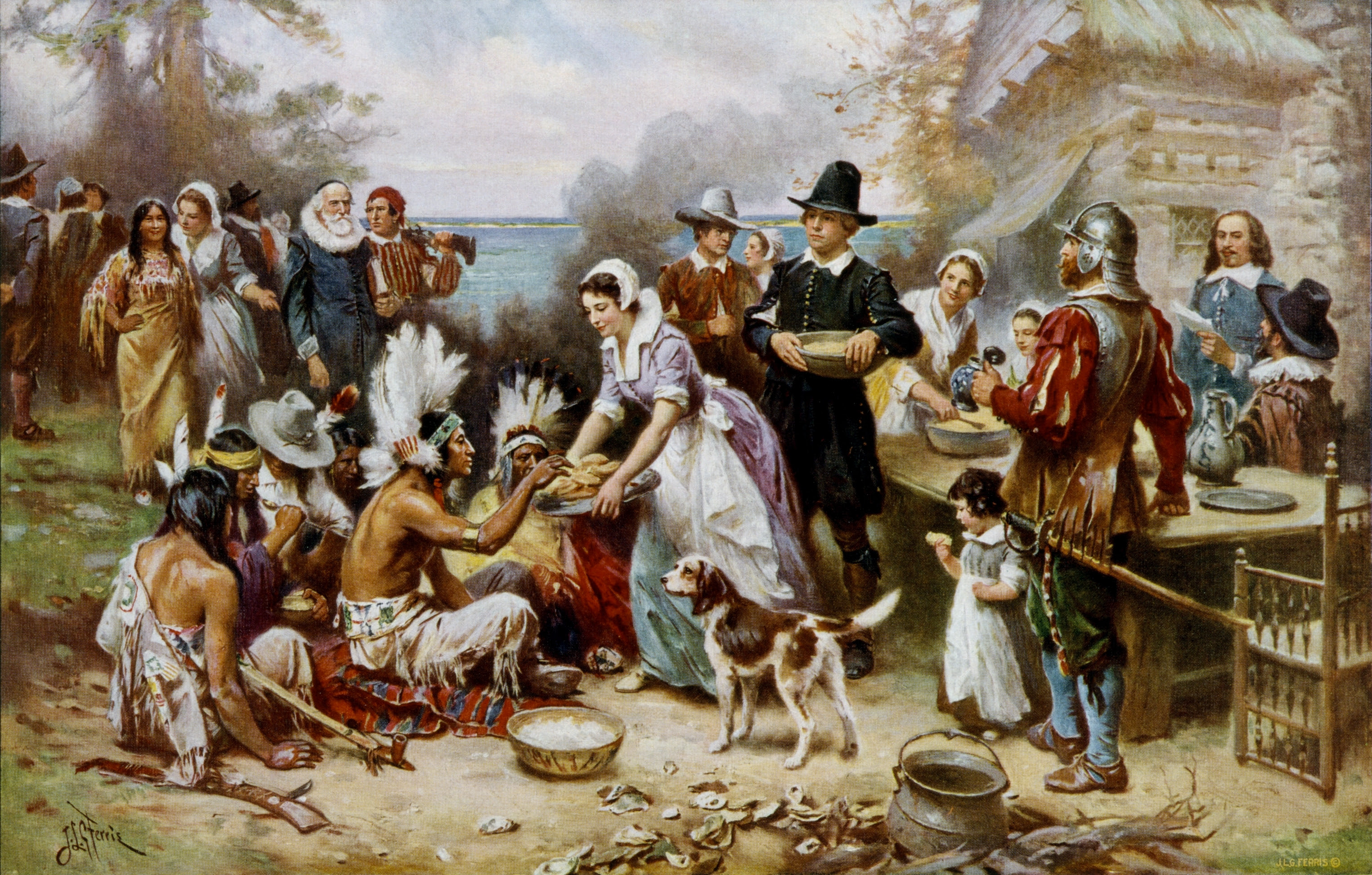 In the United States, Thanksgiving Day

falls on the fourth Thursday of November. (In Canada, it is celebrated on the second Monday in October.)

The precise historical origin of the holiday is disputed. Americans generally believe that the first Thanksgiving happened in 1621, at Plymouth Plantation, in Massachusetts.

There is also evidence that celebrations occurred in Canada in 1578 and that it was celebrated by Spanish explorers in Florida in 1565.

Whether it is called "Thanksgiving Day" or not outside the U.S., it is a harvest festival to express thankfulness, gratitude, and appreciation to God, family and friends for those good things (be they material possessions or relationships) of the past year. Traditionally in many cultures, a time is set aside to give thanks for a bountiful harvest.

Thanksgiving in the United States was observed on various different dates throughout history. By the mid 20th century, the final Thursday in November had become the customary day and in 1941 President Franklin D. Roosevelt signed a bill into law making Thanksgiving a national holiday and settling it to the fourth (but not final) Thursday in November. (FDR had actually pushed two years earlier to move the date earlier in the year to give the country an economic boost and not have it run into the Christmas holiday season.)

In the U.S., this holiday has moved away from its earliest religious roots. It has also managed to remain relatively non-commercial compared to other holidays - and for that, we give thanks.
Posted by Ken Ronkowitz at 01:44

Email ThisBlogThis!Share to TwitterShare to FacebookShare to Pinterest
Labels: events