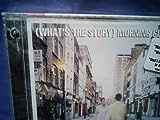 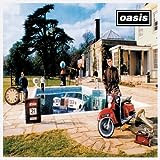 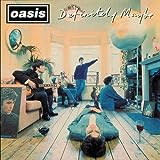 They have had eight UK number-one singles and eight UK number-one albums, and won fifteen NME Awards, nine Q Awards, four MTV Europe Music Awards and six Brit Awards, including one in 2007 for Outstanding Contribution to Music and one for the Best Album of the Last 30 Years as voted by BBC Radio 2 listeners. They have been nominated for three Grammy Awards.

Adam Franklin wrote to us about the origin of the band's name, Oasis.

They originated as ‘The Rain’ then Noel told Liam to let him in the band. Noel was a roadie for Inspiral Carpets and they had a gig at the Oasis Leisure Centre in Swindon.

Yes, that's right, the world of sex, drugs and rock 'n roll wouldn't be the same without a space-age looking leisure centre in central Swindon - our very own Oasis.

The story goes back to 1991, when one Noel Gallagher visited Swindon while working as a roadie for indie band Inspiral Carpets, the front-man confirmed during an interview on Radio One.
Brother Liam, who had come along to the gig, was taken with the name "Oasis", and he suggested to Noel that it would make a good name for their own band, which was then called The Rain.

Noel, not surprisingly, wasn't immediately convinced by the idea because he thought it sounded more like the name of a reggae band. But the brothers, famous for their backstage fighting and on tour feuding, made the best decision of their lives and eventually agreed to give the name 'a go' when they returned to Manchester.

Now described as the 'Kings of Britpop' after selling well over 25 million albums since changing their name, the two brothers can look back (not in anger) and say a big 'cheers, pal' to Swindon for making such a difference in their pursuit of musical fame. Ironically, they've never played a gig here, which for some is a shame and others a blessing!

So that's the story, morning glory