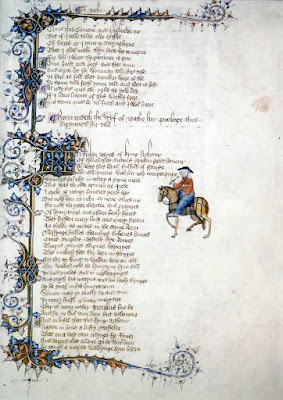 A fleuron is a typographic element, or glyph, used either as a punctuation mark or as an ornament for typographic compositions.

Fleurons are stylized forms of flowers or leaves and the term derives from the Old French word floron, for flower.

Robert Bringhurst in The Elements of Typographic Style calls the forms "horticultural dingbats."

They are sometimes referred to as printers' flower, as an aldus leaf (after Italian Renaissance printer Aldus Manutius), hedera leaf ("ivy leaf"), or simply hedera symbol.

They are one of the oldest typographic ornaments. In early Greek and Latin texts, the hedera was used as an inline character to divide paragraphs.

It was also used to fill the white space that results from the indentation of the first line of a paragraph, or on a line by itself to divide paragraphs in a stylized way, to divide lists (as we ue "bullets") or for just pure ornamentation.

Fleurons were made as with any typographic element as individual metal pieces that could be fit into the printer's compositions alongside letter and numbers. They made it easier to create ornamentation and these individual "sorts" could be used in multiples to make borders with repeating patterns of fleurons.


One contemporary usage can be seen on menus that use a (red) printed chili-shaped fleuron next to an item to denote a dish that is particularly spicy.

A dingbat is also an ornament or spacer used in typesetting, sometimes more formally known as a "printer's ornament."

However, Wikipedia lists for the purposes of disambiguation that the word can also refer to a number of other uses including: a slang term referring to someone silly (as often applied to the TV character Edith Bunker on the program All in the Family); as a board game requiring players to solve rebuses and known in America as Whatzit?; as a type of cheap urban apartment building built between the 1950s and 1960s; and as a paddle ball in South Africa, as well as other things.

The use of “dingbat” to mean “an ornamental item of type” appeared around 1921 and is probably based on an earlier use to describe “a nameless object.” The “ding” in dingbat is probably the Dutch word “ding,” meaning “thing.” (The slang word “dingus,” meaning  a“gadget or contraption" has the same origin.) And the “bat” goes back to the Old English "bat” which was “a cudgel or war club” much like our modern day sports bat. In Middle English, "bat" was  it was also used to mean simply a lump or left-over chunk of something, so a “dingbat,” would be the rather vague "bit of a thing.”

For our purposes in this post, a dingbat is a printer's ornament, character or spacer used in typesetting which can represent any number of things.

The term continues to be used in the computer industry to describe fonts that have symbols and shapes in the same way as alphabetical or numeric characters. 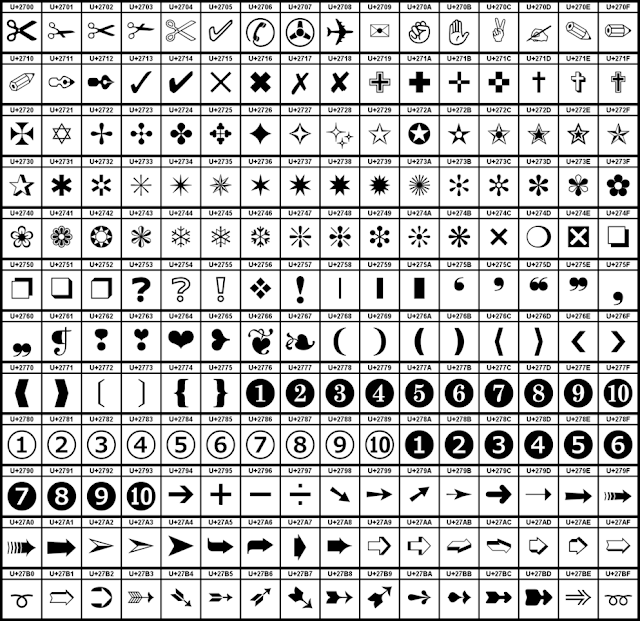