September 2017 was a month of natural disasters - hurricanes, earthquakes and tornadoes. Two terms you may have heard used are examples of eponyms.

Charles F. Richter (1900–1985) was an American seismologist and physicist who came up with the earthquake-measuring scale in 1935 that bears his name. It has lost some of its prevalence as scientists have replaced it with other, more precise systems.

The most dangerous tornadoes are classified as EF5. Tetsuya “Ted” Fujita (1920–1998) id the "F" in that measurement system. He was a Japanese-born storm researcher who created a system for classifying tornadic destructiveness. As with the Richter scale, a newer refined Enhanced Fujita scale has been adopted. Fujita also contributed to hurricane and thunderstorm analysis. 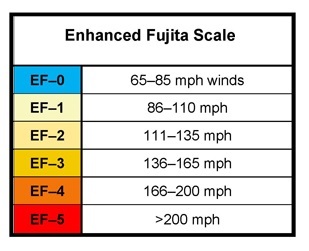