American football season is in full power, but the world's football is America's soccer. But soccer as the name for what the world knows as football is not an Americanism. The "soccer" term is actually an English export, just like the sport.

"Soccer" was a colloquial term used in England well into the 20th century and rose in popularity following World War II. But it fell out of favor in the 1970s and ‘80s.

Today, the term is used outside the U.S. mostly in an American context, such as when referring to leagues like Major League Soccer (MLS). The term "soccer" is also used in countries that have their own competing version of American style football, such as Canada, and Australia.

In England in the early 1800s, a version of the sport of football was played based on a game played by “commoners" in the Middle Ages. It found its way into some of England's privileged schools. A set of standard rules was drafted by students in Cambridge in 1848 and were further developed by the Football Association in 1863. 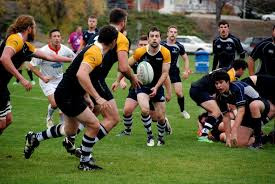 A variation was established in 1871 with the founding of the Rugby Football Union using Rugby School (where the game was first played) rules from the 1830s that allowed a player to run with the ball in their hands. Rugby football, or rugger, separated itself from association football, the traditional feet-only version of the sport.

Association football would get the nickname assoccer, leading eventually to just soccer. The addition of an "er" at the end of a word was something of a trend at the time, which is why we get the awkward transformation of association into assoccer and soccer. 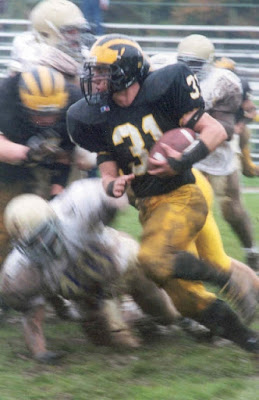 The first recorded American football game was between the colleges of Rutgers and Princeton in 1869 and used unique rules derived from those in both association and rugby football.

Simply called "football" in the U.S., elsewhere it would become known as gridiron football or American football, much in the way Gaelic football and Australian football have their own distinctions.

The world ended up with two footballs, on opposite sides of the Atlantic. Neither side would give up the name, so Americans started referring to England's football by the previous nickname, soccer.
Posted by Ken Ronkowitz at 19:30