Companies all want to be at the edge. The university I teach at, NJIT, has as it's tagline "At the edge of knowledge." I always thought it was an odd line because being at the edge seems to be not quite there. Of course, it is playing off the terms leading edge, bleeding edge and cutting edge. Are they all the same edge?


The cutting edge (also cutting-edge when used as an adjective) had a quite literal meaning back in the early 1800s of being the edge of a blade, especially in reference to plows. The more modern and figurative use appeared in the mid-1800s. The Oxford English Dictionary (OED) defines it as “A dynamic, invigorating, or incisive factor or quality, especially one that delivers a decisive advantage. Hence: the latest or most advanced stage in the development of something; the forefront, especially of a movement.” I suppose the idea is of a blade making a clean cut through what we know (norms, expectations, barriers) to new ground. 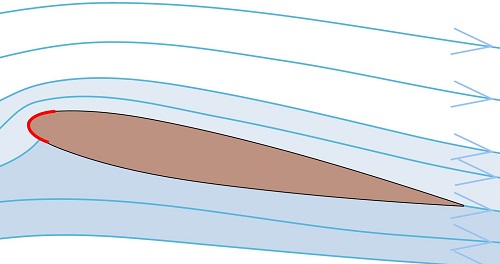 “Leading edge” (noun or also adjective) appeared in the 19th century. Again, it had a literal meaning similar to that knie or plow edge with it being the forward edge of the blade of a screw propeller that you would find on a ship. That would be the part that cuts through the water. It also referred to the edge of an airfoil on an airplane wing that faces the direction of motion.

Usages such as being on the "leading edge of technology" became common. I also found it to mean during WWII the “upswing” of an electrical pulse.

Appearing more recently (the 1980s) was the term “bleeding edge.” It seems to be just another version of the two previous terms which are often used interchangeably, combining the knife cutting image (bleeding) with the other figurative uses. However, it seems to be distinguished in its usage by the idea that something on the "bleeding edge" is very advanced but still quite experimental. It may be a technology that has no current practical application. That is something that can be risky. The word “bleeding” is sometimes used in reference to a financial loss. I would say that the bleeding edge is something that is beyond, perhaps not in a positive sense, the cutting edge.

Email ThisBlogThis!Share to TwitterShare to FacebookShare to Pinterest
Labels: idioms and phrases