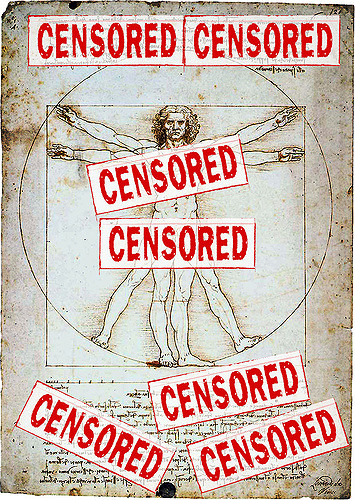 I think there are a few words, including bowdlerize, that will be more evident in the media this year as we hear more about censorship in its many forms. "Expurgation" is a form of censorship in which something deemed noxious or offensive is purged. It is often used in the context of an artistic work.

Bowdlerization is a pejorative term for that practice. Usually, it is when material (particularly in books) is deemed as "lewd."

The origin of this eponym comes from Thomas Bowdler's 1818 edition of the plays of William Shakespeare. Bowdler expurgated the plays before publishing them to make them "more suitable for women and children."

Bowdler was was an English physician and philanthropist, but is best known for publishing his 19th century version titled The Family Shakspeare. This expurgated edition was edited by his sister Henrietta Maria Bowdler.

Bowdlerise (or the American spelling bowdlerize) is now associated with the censorship of literature, movies and television programs.

You may also se the term "fig-leaf edition" used to describe an expurgated/bowdlerized text. That phrase comes from the old practice of covering the genitals of nudes in classical and Renaissance statues and paintings with fig leaves.